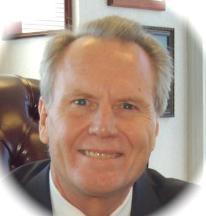 Paul Redfearn is the owner and President of The Redfearn Law Firm, P.C., founded in 1984. He devotes his practice to representing individuals who have been seriously injured or lost loved ones as a result of medical negligence, defective and dangerous products, motor vehicle/truck collisions, or dangerous conditions of property. Paul is an experienced civil trial lawyer, devoting 100% of his time to civil litigation. He successfully completed the testing and experience requirements for certification by the National Board of Trial Advocates, and currently holds a Certificate in Civil Trial Advocacy.

Paul is a Fellow of the American College of Trial Lawyers. The College, composed of the best of the trial bar, is for those experienced trial lawyers who have mastered the art of advocacy and whose professional careers have been marked by the highest standards of ethical conduct, professionalism, civility and collegiality. He has also been honored by Martindale-Hubbell with its highest AV-rating for his legal ability, ethics and reputation. Paul earned membership into the Million Dollar Advocates, has been named to The Best Lawyers in America, and has been a Missouri & Kansas Super Lawyers recipient since 2005. In 2012, Paul was the recipient of the “Dean of the Bar” award by the Kansas City Metropolitan Bar Association. The Redfearn Law Firm, P.C. has been named to the “Best Law Firms” list for the past decade.

Graduating from Southwest Missouri State University in 1973, Paul received a bachelor’s degree in political science, and earned his law degree from Oklahoma City University in 1976. He was admitted to the Missouri Bar in 1977, and in 1981, he completed post-graduate training in trial practice with the National Institute of Trial Advocacy.

Paul served on the Board of Governors for Southwest Missouri State University from 1998-2001, having been appointed by then Governor Mel Carnahan, and served as President from 2002-2003. In 2008, Paul was appointed by the Supreme Court of Missouri to serve on the Appellate Practice Committee, where he continues to serve.

Giving back to the community is important to The Redfearn Law Firm. For 20 years, from 1994 at its creation to 2014, Paul served as Treasurer for Lawyers Encouraging Academic Performance (L.E.A.P.), a nonprofit that promotes projects that enhance education and academic opportunity for local children living in poverty, and Operation Breakthrough (O.B.) is its beneficiary. Paul and his wife, Denise, are proud to be Life Members on the L.E.A.P. Board. Paul and Denise have donated both time and money each year at L.E.A.P.’s Annual Back-to-School Breakfast at Operation Breakthrough where L.E.A.P. members and volunteers not only serve a great Chris Cakes breakfast, but it also sets up school supply stations for O.B. children to “shop” for their backpacks and school supplies for the upcoming school year, as well as donating gift certificates for school uniforms, to the more than 500 children attending Operation Breakthrough. Getting these kids excited to learn and empowering them to do their very best keeps us coming back every year to help sponsor this important event.

Continuing legal education plays a valuable role in his practice, and Paul participates in presenting the “Annual Update of Missouri Law” every year at the Missouri Association of Trial Attorneys’ Annual Convention. He has authored chapters for publication by the University of Missouri and the UMKC Law Review, as well as for The Missouri Bar. Paul has participated in numerous teaching seminars through ABOTA, MATA, and ACTL, including Trial Demonstrations.

Paul has a stringent daily workout schedule, and when he is not practicing law, he is an avid tennis player and loves time on the court. He enjoys time on the Pontoon, cooking out on the patio, and spending time with his family. His firm has proudly sponsored many mission trips and local youth and sports activities over the years, including Paul’s own children, grandchildren, and staff. It contributes to medical research for cancer, diabetes, heart disease, arthritis, Leukemia, and Alzheimer’s disease.

Paul receives many referrals from other attorneys and law firms who recognize his experience, dedication and ability to obtain justice for their clients.